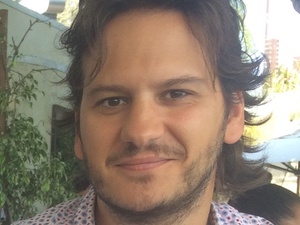 I'm a Physicist/Applied Mathematician interested in developing methods for the analysis of Complex Systems. My current topics of interest include Networks, Dynamics, and their interfaces. I use tools from Dynamical Systems Theory, Time Series Analysis, Network Theory, Statistical Physics and Machine Learning to analyse the onset of Complexity and Criticality emerging in physical, socio-technical and biological systems, as well as to develop innovative methods for Data Analysis, a topic for which I was awarded an EPSRC Early Career Fellowship and was the recipient of the 2019 International Prize in Formal Sciences, awarded by USERN. Besides my theoretical work, applications of current interest include epidemic modelling in the context of COVID19, quantitative linguistics and real-world modelling of socio-technical systems.

I graduated (BSc+MSc) in Theoretical Physics from Complutense University in 2004 got my PhD in Physics of Complex Systems from Technical University of Madrid in 2009. I am currently a Research Associate Professor (with tenure) at IFISC, a Physics Institute of the Spanish National Research Council (CSIC). Before that I lived for 8 years in London (2013-2021), where I was Reader in Applied Mathematics at the School of Mathematical Sciences, Queen Mary University of London. Even before that, I was Assistant Professor of Applied Mathematics at the School of Aeronautics, Technical University of Madrid (2010-2013). I have also been an Associate Research Fellow at Kings College London and held visiting positions at other institutions including CBPF (Brazil), Oxford (Physics department, 2012) or UCLA (Mathematics, 2017).

Characterization of hypergraphs in ecological networks

Modelling island ecological complexity in the context of global change

P.I.: Lucas Lacasa, Víctor M. Eguíluz
** This project (PID2020-114324GB-C22) is part of a coordinated project between IFISC and IMEDEA, both research centers from CSIC located in Mallorca. The project is funded by AEI and a PhD fellowship ...

P.I.: Lucas Lacasa
The interaction between elements of a complex system arising in physics, biology or sociology can be modelled as a mathematical graph. The precise architecture of this interaction backbone plays a fundamental role ...