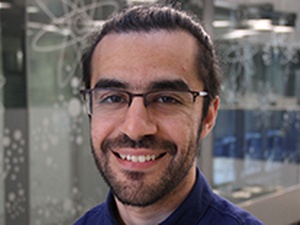 Research interest in both classical and quantum complex systems. Extensive experience in open quantum systems, as the main focus of my PhD studies has been the dynamics of impurities in Bose Einstein Condensates (BEC), which were examined under the prism of quantum Brownian motion. Particular emphasis was given on the non-Markovianity of the aforementioned dynamics as well as their anomalously diffusing kinetics and their dependence on the BEC characteristics. Entanglement among two such impurities immersed in BEC was also studied, as well as the transfer of heat between two impurities immersed in two distinct BECs. During my PhD I have also worked on developing models of anomalous diffusion emerging in the context of interacting particle dynamics. These were aimed at describing observations of the diffusing dynamics of protein receptors that lie on the cell's membrane. I also have experience in anomalous diffusion in fluctuating environments, and more specifically one described by the Glauber-Ising model dynamics. Currently, I study the role of the topology of the network of interactions in models of opinion dynamics, e.g. the voter model, in both the static and the dynamically evolving scenarios. I am also working in studying the performance of quantum reservoir computers, and in particular in identifying the role that particle statistics play in it.