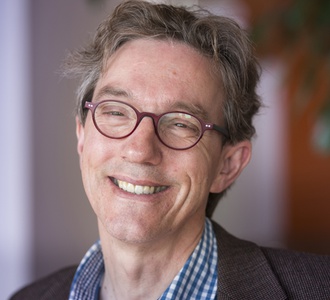 Henk A. Dijkstra is Director Centre for Complex System Studies, Department of Physics of Utrecht University, The Netherlands.
After graduating in applied mathematics at the University of Groningen in 1984, he worked during his Ph.D. (in Groningen) on a Spacelab experiment involving Marangoni convection under microgravity conditions. He continued with this research at the Department of Chemical Engineering at Cornell University during the period 1988-1990. Since 1990 he works at Utrecht University mainly on the stability of the ocean circulation and on the physics of climate variability.
Dijkstra is author of the books “Nonlinear Physical Oceanography” (Springer, 2e edition 2005), “Dynamical Oceanography” (Springer, 2008) and “Nonlinear Climate Dynamics” (Cambridge University Press, 2013). Since 2002, he is a member of the Dutch Royal Academy of Arts and Sciences (KNAW). In 2005, he received the Lewis Fry Richardson medal from the European Geosciences Union and in 2009 he was elected a Fellow of the Society for Industrial and Applied Mathematics (SIAM).

The El Niño variability in the equatorial Tropical Paciﬁc is characterized by sea surface temperature anomalies and associated changes in the atmospheric circulation. Through an enormous observational effort over the last decades, the relevant time scales and spatial patterns of El Niño are now well documented. In the meantime, a hierarchy of models has been developed to understand the physics of this phenomenon and to make predictions of future El Niño events. In this presentation a complex systems science oriented approach to El Niño will be given with a focus on (i) the robust and relevant details of the observations, (ii) the current state of the theory of the variability and (iii) the limiting factors of (and new approaches to improve) the skill of model forecasts.