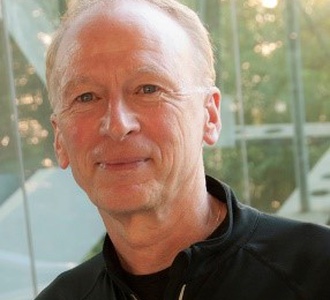 Wolfgang Maass holds a Phd (1974) and Habilitation (1978) in Mathematics from Ludwig-Maximilians-Universität in Munich. From 1979 to 1984, he conducted research at MIT, the University of Chicago, and UC Berkeley, as a Heisenberg Fellow of the Deutsche Forschungsgemeinschaft. He then joined the faculty of the University of Illinois in Chicago, where he served as an Associate Professor (1982-1986) and Full Professor (1986-1993). Since 1991, he has been Professor of Computer Science at the Graz University of Technology in Austria, where he became Head of the Institute für Grundlagen der Informationsverarbeitung (Institute for Theoretical Computer Science) in 1992. Maas was a Sloan Fellow at the Computational Neurobiology Lab of the Salk Institute in La Jolla, California in 1997-1998. He was a Visiting Professor at the Brain-Mind Institute at EPFL (2002-2003 and 2012). Since 2005, he has been an Adjunct Fellow of the Frankfurt Institute of Advanced Studies (FIAS). Maass was a Member of the Board of Governors of the International Neural Network Society (2008-2012), and has been a Member of the Academia Europaea since 2013. He has been the Editor of Machine Learning (1995-1997), Archive for Mathematical Logic (1987-2000), and Biological Cybernetics (2006-present). Maass has served on the editorial boards of Machine Learning (1998-2000), Neurocomputing (1994-2007), and Cognitive Neurodymamics (2006-present). He was Associate Editor of the Journal of Computer and System Sciences (1992-2014).

I will review progress in research on networks of spiking neurons during the last 20 years, from reservoir computing to dramatic recent advances in the context of Deep Learning. I will end with a discussion of currently open research problems.

Background and details can be found in