The main features of the Master's Degree in Physics of Complex Systems are listed as follows:


Why take a master in Physics of Complex Systems? 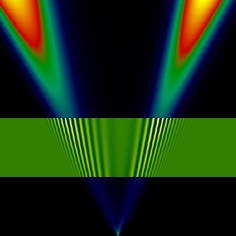 Physics has been extremely successful in finding the basic principles obeyed by the "building blocks" of matter and radiation. The laws of quantum mechanics applied to elementary particles (electrons, photons, protons, etc.) have led to a good understanding of the basic properties of these particles, as well as atoms and simple molecules. Although there is still some work to be done in the field of elementary particles, it seems at this stage that we would have, in principle and following Laplace's point of view, the necessary knowledge of fundamental laws that should allow us to understand and predict the behavior of most systems around us. This "reductionist program" of understanding a system in terms of its elementary constituents was strongly criticized by P. W. Anderson as early as 1972 who argued that the reductionist hypothesis does not by any means imply a constructionist hypothesis. In other words, you might not improve your understanding of a macroscopic system by improving your understanding of the laws obeyed by the microscopic constituents. To give a specific example: you do not understand better the turbulence phenomena that turn down planes or the rogue waves that crash ships by improving your understanding of the interactions between water or air molecules. At each level of description there might appear different laws that can not be derived from the previous level. You do not derive the Kolmogorov cascade of energy in turbulence from the specific interactions between molecules. In words that everybody can understand: you do not improve your prediction of traffic in a city by improving your knowledge of how a car engine works.

The words "complexity" and "complex systems" have been recently used to characterize those situations characterized by an emergent, collective, behavior arising out of many simple interacting units. The arguably simplest example is that of a phase transition (water boiling or water freezing) in which a substantial modification of the macroscopic ordering, not a quantitative one, with changes in the symmetry of the phases occurs. One of the landmarks of statistical physics of the last quarter of the XXth century was the development of the renormalization group methods to treat problems which involve multiple scales. 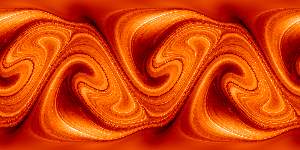 Phytoplankton stirred by the chaotic flow of meandering jet

Once you have grasped the meaning of the term complexity and, as a modern Monsieur Jordain, the character by Moliere, who spoke prose without noticing it, you realize that it is the rule rather than the exception. Everything around us is a complex phenomenon: the unpredictability of the weather, the emergence of memory and conscience in the brain, the crashes in financial markets, the sudden appearance of traffic jams, the emergence of life, and a very long etcetera. We realize that all these phenomena arise due to a complex interplay of emerging order and irregularity, often across multiple scales, for which statistical physics provides the necessary entry point.

It is believed by many scientists that the XXth was the century of Physics and that its dominant position has now been superseded by Biology. We believe, together with Stephen Hawking that the XXI-st century would be the century of profound advances in the science of complexity. This is a highly cross-disciplinary field. It can, and must be, approached from many sides, but it can only be fully mastered by a person who has the solid background that Physics can offer.

More information about the master can be found in the leaflet.