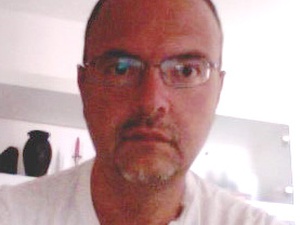 S.L. research interests range from classical and quantum optics to laser physics, photonics and quantum physics. S.L. has authored or co-authored more than 370 scientific papers published in peer-referred international journals, including high-impact journals (Science, Nature, Nature Photonics, Nature Communications, Physical Review Letters, etc.). S.L. is single author of about 200 papers, with an h-index of 60 and more than 13.000 citations (according to Scopus).  S.L. served as a programme committee member in several international conferences. He is fellow of the Institute of Physics (IOP) , and from 2006 to 2015 I was a member of the editorial and advisory boards of the Journal of Physics B. In 2003 S.L. was  awarded with the Fresnel Prize of the European Physical Society for outstanding contributions in the fields of optics and photonics. In 2015 S.L. received the Edoardo Kramer Prize by the Istituto Lombardo Accademia di Science e Lettere for his outstanding theoretical contributions in optics and quantum optics. IN 2020 S.L. was awarded with the Aspen Institue Italia Prize for scientific collaborations with U.S. scientists and the invention of the orbital angular momentum microlaser.

S.L. was affiliated as an associate researcher with the Istituto di Fisica e Nanotecnologie of the Italian National  Research Council (CNR) from 2005 to 2020, and  with the Institute for Cross-Disciplinary Physics and Complex Systems (IFISC, Palma de Mallorca, Spain) since November 2019.

I.P.: Roberta Zambrini
Project funded by the government of the Balearic Islands with the goal of extending Reservoir Computing into the quantum domain. The project is mainly theoretical/numerical, but also deals with the identification of ...