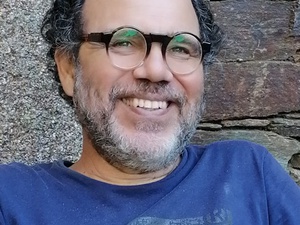 Ernesto Estrada is full Research Professor at the Institute of Cross-Disciplinary Physics and Complexity (IFISC) in Palma de Mallorca. He is well known for his many contributions to the mathematical study of networks and their applications to diverse fields. He is the Editor in Chief of the Journal of Complex Networks published by Oxford University Press (OUP), has published more than 220 papers, which have received more than 15,000 citations and his h-index is currently 61. He has also published 2 textbooks with OUP and edited one with Springer. He was elected SIAM Fellow in the class of 2019, Fellow of the Latin American Academy of Science in the same year, Member of the Academia Europeae in 2014, and of the International Academy of Mathematical Chemistry in 2004. He has been plenary or keynote speaker at many of the major conference in the field, including the SIAM Annual Meeting in 2012 and the XXVI Congress of Differential Equations and Applications /XVI Congress of Applied Mathematics (CEDYA/CMA). He was a recipient of the Royal Society Wolfson Research Merit Award for the period 2014-2018. His research interests are broad in the mathematical study of the structure of, and of the dynamics on, discrete systems, as well as their applications to real-life problems in chemistry, molecular and cellular biology, sociotechnical systems, ecological problems, geopolitical analysis, among others.

The many facets of the Estrada indices of graphs and networks