The Scientific Advisory Board (SAB) serves as an external committee that provides guidance and recommendations to the research lines and projects developed at the IFISC. The SAB members are world-class scientists with top contributions to the field of Complex Systems. The role of the SAB is to ensure that IFISC maintains its highest standards of excellence. 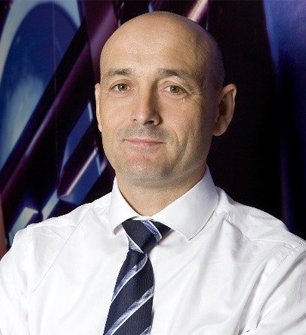 Lluis Torner obtained a PhD at the Polytechnic University of Catalonia (UPC) in 1989 after completing a degree in Physics at the Autonomous University of Barcelona. He enjoyed post-doctoral appointments at CREOL, University of Arizona College of Optical Sciences. He has been Full Professor of the UPC since 2000. He works in nonlinear optics and its applications, with emphasis on optical solitons.

Torner conceived, founded, implemented and is leading ICFO. The institute was launched in 2002 in Barcelona with the mission to become a leading research center in Optics and Photonics. Today it hosts 400 people and is widely considered to be one of the top global research centers in its field.

Torner is the recipient of the Leadership Award of the Optical Society of America of the year 2011 and has been awarded a number of prizes, including the Monturiol Medal in 2010, the National Research Prize of Catalonia in 2016 and the Nature mentorship award in 2017. 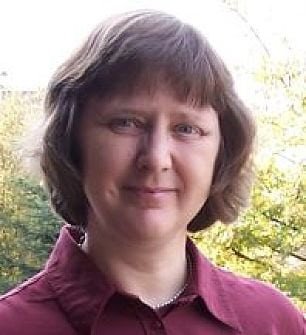 Ulrike Feudel received her PhD in 1985 from Humboldt-Universität Berlin with a thesis on structure formation in reaction diffusion systems with charged particles. From 1992 to 1996 she worked in the Max Planck Working Group on Nonlinear Dynamics at the Institute of Physics of the University of Potsdam. She was a Director of the Institute for Chemistry and Biology of the Marine Environment, where she was responsible for the Master's programme on Environmental Modelling.

In 2015 she was awarded the MTA Distinguished Guest Scientist Fellowship by the Hungarian Academy of Sciences for her project "Critical Transitions in Environmental Systems”.

Feudel is an expert in the field of complex systems. On the one hand, she deals with fundamentals of nonlinear dynamics, stability theory, especially multistability, extreme events and phase transitions, where she pioneered the study of strange nonchaotic attractors. On the other hand, she applies theoretical models to environmental sciences, for example to predator-prey systems, neurons, algal blooms, or ocean convection, as well as systems of chemical reactions. 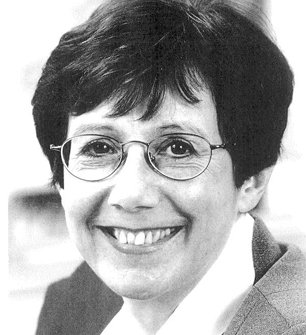 Elisabeth Giacobino is a CNRS Research Director at the Laboratoire Kastler Brossel, which is a joint research institute of the École Normale Supérieure, the Université Pierre and Marie Curie and the Centre National de la Recherche Scientifique (CNRS). She studied physics at the École Normale Supérieure in Paris, and received her PhD in Atomic Physics and Optics from the Université Paris VI. She has been an invited Professor at New York University and at the University of Auckland.

She has been the coordinator of 4 European projects and a partner in 5 more within several European Programmes in the Information Technology Directorate. She is a member of Academia Leopoldina and a fellow of the EPS and of the EOS. 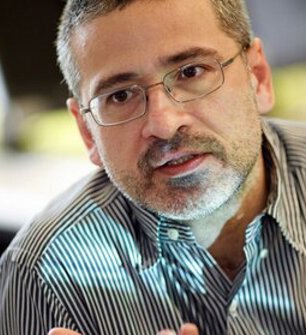 Alessandro Vespignani (@alexvespi) received his undergraduate degree and Ph.D., both in physics and both from the University of Rome “La Sapienza,” in 1990 and 1994 respectively. He completed his postdoctoral research at Yale University and Leiden University. Prof. Vespignani worked at the International Center for Theoretical Physics (UNESCO) in Trieste and at the University of Paris-Sud in France as a member of the National Council for Scientific Research (CNRS) before moving to Indiana University in 2004. Before joining Northeastern University Vespignani was J.H. Rudy Professor of Informatics and Computing at Indiana University and serving as the Director of the Center for Complex Networks and Systems Research and the Associate Director of the Pervasive Technology Institute. Vespignani is elected fellow of the American Physical Society, member of the Academy of Europe, and fellow of the Institute for Quantitative Social Sciences at Harvard University. He has received the Honorary Doctorate from the Technical University of Delft and the 2016 Aspen Institute Italia award. He is serving in the board/leadership of a variety of professional association and journals and the Institute for Scientific Interchange Foundation.

Vespignani has worked in a number of areas of non-equilibrium particle systems, statistical physics and computational sciences, including characterization of non-equilibrium phase transitions, fractal growth and self-organized criticality. Recently, Vespignani’s research activity focuses on the interdisciplinary application of statistical and numerical simulation methods in the analysis of epidemic and spreading phenomena and the study of biological, social and technological networks. For several years he has been working on the characterization and modeling of the Internet, the WWW and large-scale information networks. He is now focusing his research activity on modeling the spatial spread of epidemics, including the realistic and data-driven computational modeling of emerging infectious diseases, the resilience of complex networks and the behavior of techno-social systems.

Vespignani has published 170+ peer reviewed papers in top rated scientific journals, including Nature, Science and PNAS. His work has been cited 40,000 times according to the Google Scholar database. He coauthored, together with Romualdo Pastor-Satorras, the book Evolution and Structure of the Internet. Together with Alain Barrat and Marc Barthelemy he published in 2008 the monograph Dynamical Processes on Complex Networks. 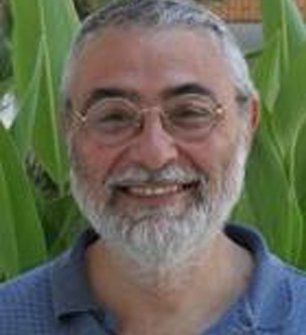 His scientific interests include chaos and complexity in dynamical systems, statistical mechanics of non-equilibrium and disordered systems, turbulence, phenomena of transport and diffusion and foundations of physics.